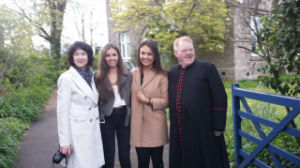 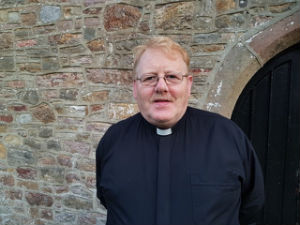 Brian became Vicar in April of 2017 following 13 very happy years at Christ Church Fulwood in Preston.  As well as being Vicar here he is also Rector of Ribchester where he lives. Prior to that he was Diocesan Youth Officer for Blackburn Diocese.  He first arrived in Lancashire as Lay Youth Worker in Lancaster before getting ordained and served a Curacy at St Gabriel Blackburn. Alongside Parish Ministry Brian was a Vocations Advisor for the Diocese and is a National Selector helping to discern future Ordained ministry in the Church.  In 2015 he was made an Honorary Canon of the Cathedral. He is Married to Susan who is a nursery teacher and they have two grown up Children.Apart from all things Church Brian is a Season Ticket holder for Manchester United! 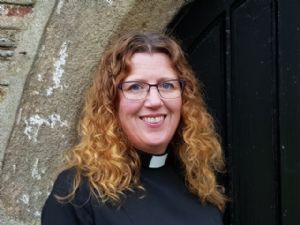 Karen joined our parishes in July 2018 as our new curate. She is living in the Vicarage at St John's, Hurst Green with her husband Stuart and son Xander. We welcome them all to our parishes and hope they will be very happy during their time in the Ribble Valley.

John was appointed as Churchwarden in 2012. He represents the strong agricultural presence in both Parishes as he farms in the area. He and his wife Janet have ben regular attendees at St John’s for much of their married life. They have two children.

Melanie was appointed Churchwarden in 2015. She and her husband, Stewart have been attending St John’s since 1997 and they both add to the musical experience of the Church as Stewart is the Organist at St John’s and Melanie is a member of the choir. They have two grown up children. 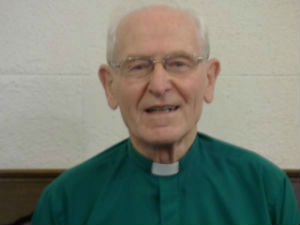 Geoff was licensed as a lay-reader for both our Churches in 1994 and was then made a Deacon in 2006 and ordained as a Priest the following year. Although he is now retired he is a member of both congregations and takes services at our Churches on a regular basis. Geoff is married to Ann and between them they have four children, all now married. He is a retired lecturer in Building Studies.